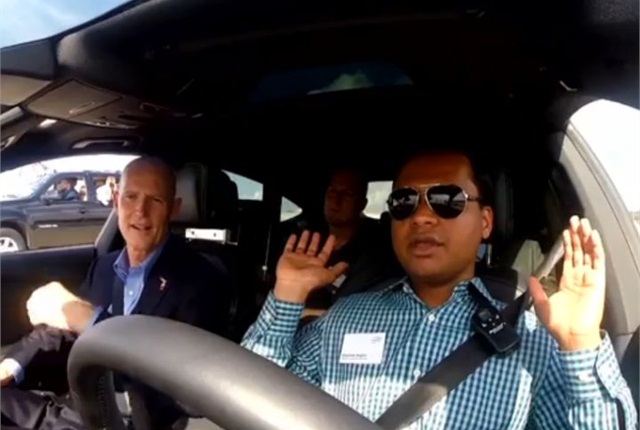 An Audi A7 equipped with "piloted driving" technology safely drove Florida Gov. Rick Scott at highway speeds and in bumper-to-bumper traffic during a July 28 demonstration.

Audi's event was the first real-world test run for a technology known as Traffic Jam Pilot, which could be available on Audi models within five years, according to the automaker.

Gov. Scott rode shotgun as an Audi engineer explained how the technology works. The vehicle was tested on the Lee Roy Selmon Expressway in Tampa.

Scott attended the event in part because he signed into law HB 1207, which allowed testing of autonomous vehicles in the state. The bill also encourages investment in the Florida economy for such research projects.