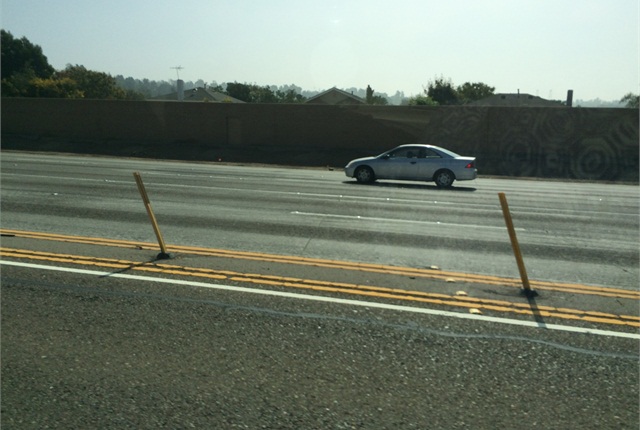 Some freeways have added physical barriers, such as poles, to discourage illegal lane changes into HOV/HOT lanes.

High-occupancy vehicle (HOV) and high-occupancy toll (HOT) lanes provide some attractive benefits, such as encouraging car pooling and easing traffic congestion for qualifying users. Because some low-emission/energy-efficient vehicles are exempt from single-occupancy restrictions – and in some cases tolls – these lanes also help spur sales and use of such vehicles. But HOV/HOT lanes can also pose a unique set of safety issues that fleet drivers need to understand so they can take necessary precautions.

Research indicates that after buffer-separated HOV/HOT lanes are installed, injury crash rates rise. Factors contributing to this increase are the speed differential between the HOV/HOT lanes and general-purpose lanes, vehicles illegally crossing the buffer (double solid white or yellow lines), ingress/egress difficulty, and the reduced inside shoulder width.

Back in 2005, a study from the Texas Transportation Institute at Texas A&M University examined these safety issues. To view an NBC News report on the study and the safety concerns it raised, click on the photo or link above.

Based on past studies and advice from law enforcement, here are some tips you might pass along to fleet drivers:

If you have additional tips, please leave a comment.