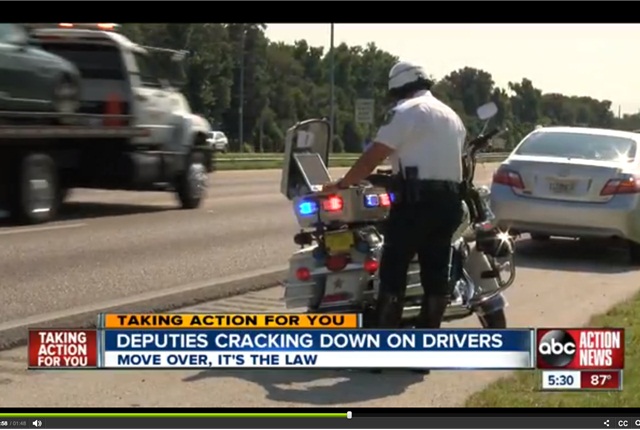 This week thousands of law enforcement officers will participate in the annual national “Drive Sober or Get Pulled Over” holiday crackdown on drunk drivers. That’s why this is a good time to remind fleet drivers about the need to comply with state “Move Over” laws.

Such laws require motorists to change lanes away from police cars, ambulances, fire trucks, tow trucks and other emergency vehicles on the roadside so workers have the space they need to stay safe. If it’s not safe to change lanes, then drivers should slow down when approaching any such emergency vehicle flashing warning lights while stopped on the side of the highway.

In 2014, three law enforcement officers were struck and killed by drivers who failed to move over, according to preliminary data compiled by the National Law Enforcement Officers Memorial Fund.

South Carolina passed the first “Move Over” law in 1996, after a paramedic was struck and killed while responding to a crash. Since then every state has enacted a similar law. In 2012, Hawaii became the 50th state to enact “Move Over” legislation.

To watch a WFTS-TV ABC Action News report on how law enforcement officers this year tightened enforcement of Florida’s “Move Over” law, click on the photo or link under the headline.