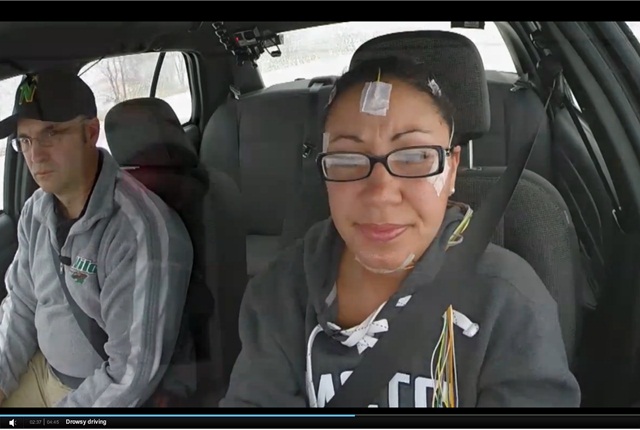 Unfortunately, fleet drivers with the best intentions can sometimes place themselves at a higher risk for a drowsy-driving crash: The utility worker who pulls a double-shift after a storm leads to a massive power blackout. The vice president who willingly doubles his commute time to place his kids in a better-performing school district. The homicide detective who works 32 straight hours, intent on following leads before they grow cold. The account manager who squeezes in as many sales calls as possible during a multi-city road trip, even though that means lots of late-night driving.

But all of these drivers can dramatically decrease their chances of falling asleep behind the wheel by recognizing – and heeding – early signs of fatigue and knowing when to pull the car over and "shut it down." And like all other drivers, they need to make getting adequate sleep an ongoing personal priority. That means taking steps to prevent the accumulation of sleep debt whenever possible.

In the U.S. from 1999 to 2013, an estimated 13 percent of crashes that resulted in injuries requiring hospitalization – and 21 percent of fatal crashes – involved a drowsy driver, according to a AAA Foundation study released in November 2014.

Experts agree, however, that driver fatigue’s overall impact on road safety is routinely underestimated because sleepiness isn’t easily measured. Alcohol impairment can be roughly quantified by blood alcohol concentration (BAC); there is no equivalent for sleepiness. Also, fatigue exacerbates other forms of impairment and compromises reaction time and decision-making. Fatigue can be a major factor contributing to a crash without being the sole factor.

Many sleep-deprived drivers have experienced the sensation of nodding off or “microsleep” – the eyelids might close and head drop down for a few seconds. The brain is trying to transition from wakefulness to sleep. Drivers often respond to this by taking such measures as turning up the radio volume or rolling down the windows and vowing to push through the fatigue. What they may not realize is that they’ve likely experienced earlier microsleeps of which they weren’t consciously aware. At this point, they’re no longer fit to assess their own ability to drive safely. It’s time to pull off the road for a little shut-eye.

To view a video about drowsy driving and the impact of microsleep, click on the photo or link below the headline.

Here is some advice, provided by the National Sleep Foundation and other groups, on how to improve your sleep. You may want to pass these tips along to fleet drivers.

According to the National Sleep Foundation, the following warning signs indicate that it’s time for a driver to stop and find a safe place to pull over and address his or her condition: