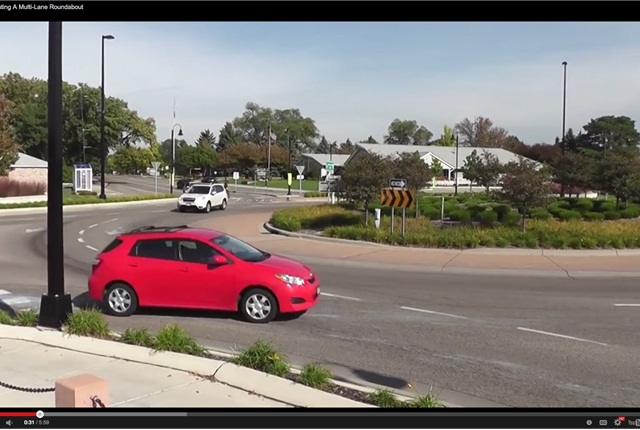 With more and more cities replacing some traditional intersections with roundabouts, one driver demographic is poised to reap more safety benefits from this trend: drivers age 70 and older.

Roundabouts eliminate some risks that older drivers struggle with.

A new study from the Insurance Institute for Highway Safety examined key factors that led to crashes among drivers age 70 and older, compared with those of drivers ages 35-54.

Researchers relied on crash data from the National Highway Traffic Safety Administration and a representative sample of more than 5,000 police-reported crashes resulting in injuries. The data underscored how driving error trends among older drivers differ sharply from those among middle-age drivers.

Among older drivers, the most common critical error was inadequate surveillance (33 percent), followed by misjudging the gap between vehicles or another vehicle’s speed, failure to obey traffic controls or other illegal maneuvers, medical events, and daydreaming (6 percent each), IIHS said. Older drivers proved to be much more likely to make mistakes linked to inadequate surveillance, along with gap or speed misjudgment, compared to middle-age drivers.

“Surveillance errors included looking but not seeing and failing to look,” IIHS noted in the organization’s latest status report. “Drivers 70 and older had the most trouble with the former. Among older drivers who made critical surveillance errors, 71 percent of their crashes were attributed to looking but not seeing another vehicle or failing to see a traffic control as opposed to failing to look, compared with 40 percent of middle-age drivers. Middle-age drivers were more likely to fail to look at all.”

These mistakes by older drivers were most prevalent while making left turns at intersections. About two-thirds of their inadequate surveillance mistakes and 77 percent of their gap or speed misjudgment errors occurred while they were turning left at an intersection.

“Errors older drivers commonly make stem from the typical issues associated with aging,” explained Anne McCartt, a co-author of the study and IIHS senior vice president for research. “These include declines in cognitive, perceptual and physical abilities.”

For example, visual impairments among older drivers make them much more likely to have difficulty judging gaps between vehicles and gauging how fast other vehicles are traveling.

A roundabout’s tight-circle design forces drivers to slow down, and traffic flows in the same direction. The most dangerous types of crashes are eliminated, including right-angle, left-turn and head-on collisions.

Other IIHS research has concluded that when roundabouts replace traditional intersections, crashes decline about 40 percent. Collisions leading to injuries drop about 80 percent.

Unfortunately, older drivers often go out of their way to avoid roundabouts simply because they have less experience driving through roundabouts. Cities installing them need to make an effort to ease drivers’ anxiety over something new and thoroughly explain the safety benefits, especially to older drivers.

To view a video on navigating a two-lane roundabout, click on the photo above or click here.