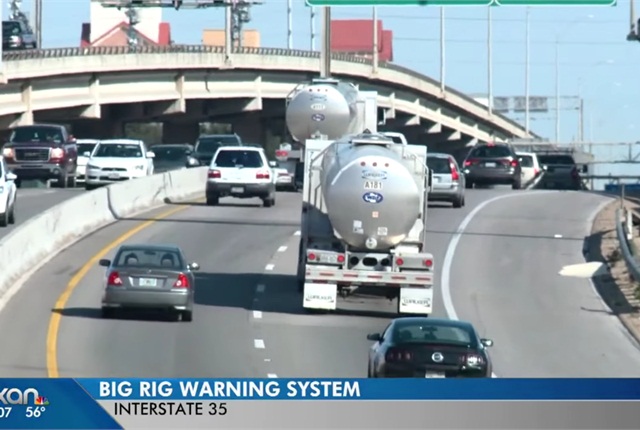 The Texas Department of Transportation revealed plans to install an over-height vehicle detection system in downtown Austin to prevent collisions between tall commercial trucks and low-clearance overhead structures, such as bridges and overpasses.

The $412,000 detection system, funded with a federal grant, will employ radar sensors along Interstate 35, KXAN News reported. Drivers in high trucks approaching a low-clearance bridge will be alerted to the high-level risk through messages displayed on roadway signs and flashing beacons.

As a result, drivers will have ample time to exit the main highway and transfer to the frontage road instead. Additionally, alerts will be transmitted to TxDOT’s traffic management center and the Texas DMV so they can dispatch emergency services more quickly in case the driver doesn’t heed the warnings.

Work on the project begins in February. This is the only height-detection system in Central Texas.

Last March, one person died and three others suffered injuries after a tractor-trailer with a high load struck a bridge under construction on I-35 in Salado, Texas. The crash caused several beams to tumble onto the highway below, and both directions of the interstate were blocked for nearly 15 hours. That incident helped provide the impetus for the new project.

To view a KXAN video report about the system, click on the photo or link below the headline.