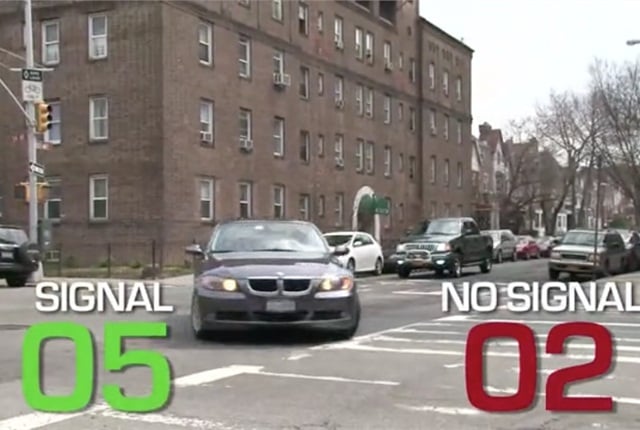 One of the most common — and most dangerous — lazy driving habits is neglecting to use turn indicators consistently.

In fact, a 2012 study by the Society of Automotive Engineers concluded that turn signal neglect leads to as many as 2 million crashes annually in the U.S. The neglect rate was 48% for lane changing and 25% for making turns, researchers found.

In some cities today, turn signal neglect rates are undoubtedly higher than that. (To see what happened when a New York-based video blogger tallied signal neglect at an intersection near his home in Queens, click on the photo or link below the headline.)

When you don’t bother signaling, other motorists and pedestrians are left to guess what your intentions are — whether you’re changing lanes, turning right or left, merging into traffic or preparing to park in a space.

The Iowa Department of Transportation offers the following advice: