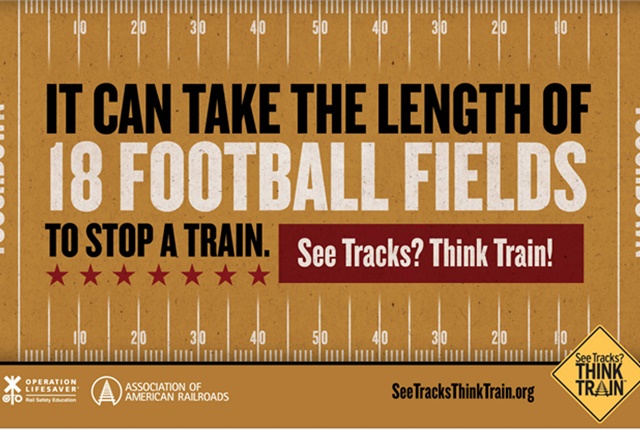 Railroad crossings continue to be dangerous places, despite public service campaigns intended to educate the driving public. In 2015, there were 2,059 vehicle-train collisions in the U.S., according to preliminary data from the Federal Railroad Administration. These crashes resulted in 244 deaths and 967 injuries.

To view a video about rail crossing safety, click on the photo or link below the headline.