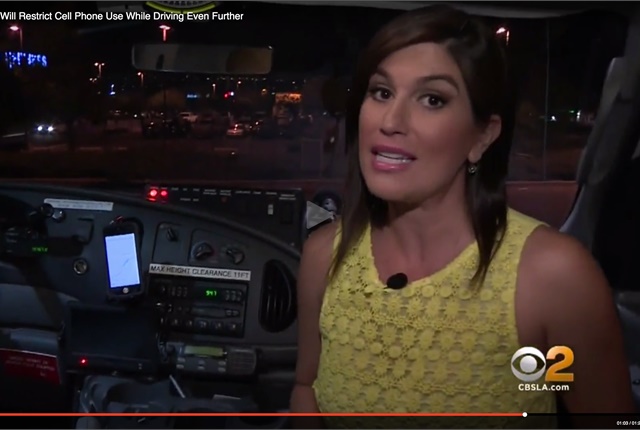 California Governor Jerry Brown on Sept. 26 signed into law a bill that updates and expands state restrictions on the manual use of mobile phones and electronic devices while driving.

The law, which takes effect Jan. 1, 2017, broadens the state’s existing hands-free law to include actions beyond just texting and having a phone conversation.

Drivers will be prohibited from manually operating a phone or other electronic device for any purpose while driving — whether they’re shooting or watching videos, playing games, scrolling through an itunes playlist, or updating social media.

However, if a phone is in a car mount holder affixed to the windshield or dashboard and isn’t obstructing the driver’s view, the driver is still permitted to activate a function with a single swipe or tap.

Assemblyman Bill Quirk (D-Hayward) introduced the bill back in February. After the law goes into effect next January, a first infraction will be punishable by a $20 fine. Subsequent violations will each carry a $50 penalty.

To view a video about the law, click on the photo or link below the headline.