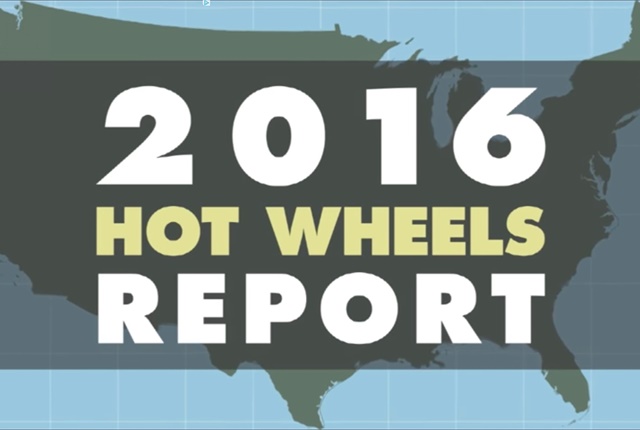 VIDEO: Most Stolen Vehicles in 2016

The 1997 Honda Accord and 1998 Honda Civic top the list of most stolen vehicles in 2016, according to a newly released report from the National Insurance Crime Bureau (NICB). But among late-model vehicles, the most commonly stolen one last year was the 2016 Toyota Camry, followed by the 2015 Nissan Altima.

NICB each year releases its Hot Wheels report, which identifies the most stolen vehicles in the U.S. the previous calendar year. The report is based on vehicle theft data from law enforcement agencies.

NICB pointed out that technology advances have made vehicle theft more difficult. Some drivers, however, fail to take simple measures to guard against theft.

“The increase in vehicle thefts over the past two years should be a reminder that drivers must do their part to protect their vehicles,” said NICB President and CEO Joe Wehrle. “Anti-theft systems in newer model cars and trucks are excellent, but they don’t work if you don’t use them. Far too many thefts occur because the vehicle is left unlocked and the key or fob is inside. Taking the time to lock it up every time you leave it can save a whole lot of headache and expense in the long run.”

Vehicle thefts totaled 757,850 in 2016 — up from 707,758 in 2015. While Honda Accords and Civics dominate the annual list, they are older, pre-“smart key” production models. Since the introduction of smart keys and other anti-theft technology, Honda thefts have fallen sharply, NICB said. There were only 493 thefts of 2016-model year Accords last year.

The top 10 2016-model year vehicles stolen during the 2016 calendar year are shown below: