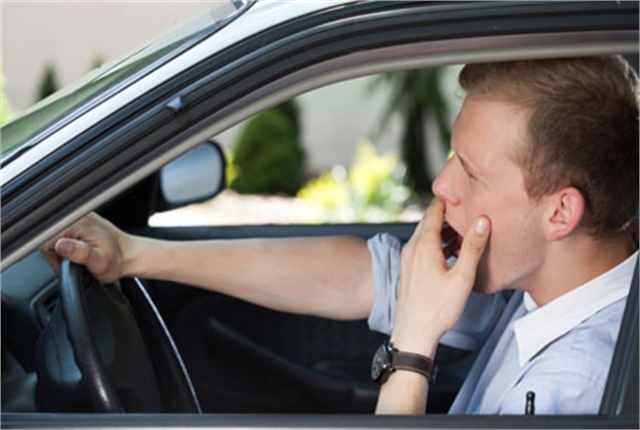 Photo courtesy of the CDC.

VIDEO: Cause and Effect of Fatigue

A new study from the National Safety Council concludes that 43% of Americans admit they don’t get enough sleep to mitigate safety risks at work and on the road, acknowledging that fatigue diminishes their ability to think clearly and make informed decisions.

The research project’s survey found that 97% of Americans have at least one of the nine biggest risk factors for fatigue. These factors include shift work (night, early-morning, rotating or irregular shifts), high-risk hours (even occasionally working at night or in the early morning), having a job that’s cognitively or physically demanding, long shifts (10 hours or more), long weeks (50 hours or more), sleep loss (less than seven hours a day), no rest breaks, quick shift returns (less than 12 hours between shifts), and long commutes.

A total of 76% of Americans say they feel tired at work, 53% feel less productive, and 44% have trouble focusing, the report notes. A total of 16% admit to having nodded off on the road in the previous month.

“These findings are a literal wake-up call,” said Deborah A.P. Hersman, president and CEO of the National Safety Council. “When we’re tired, we can put ourselves and others at risk. We hope Americans recognize that impairment stems not just from alcohol and drugs, but lack of restorative rest. Fitness for duty starts with getting a good night’s sleep.”

The survey — the entirety of which will be released in three separate reports — also found:

There are also geographical trends when it comes to the number of Americans with fatigue risk factors. The National Safety Council survey identified that the South has the highest mean number of risk factors at 3.21, while the Midwest has the lowest with 2.94 risk factors.