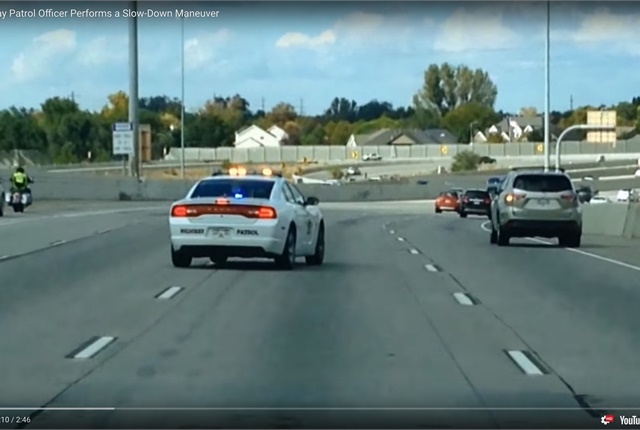 VIDEO: A Traffic Break in Utah

Law enforcement officers sometimes execute a traffic break to slow or stop highway traffic and to alert drivers that some kind of activity ahead poses a hazard. Perhaps there’s an emergency police operation further up the highway, or maybe workers are clearing debris from a collision that just occurred.

Regardless of what has prompted the traffic break, drivers need to recognize signs of the maneuver and respond quickly and appropriately. During a traffic break, an officer turns on the rear emergency lights, slows the patrol vehicle, and drives across multiple lanes of traffic in a snake-like manner. (Click on the photo or link below the headline to view a video of a traffic break.)

The California Department of Motor Vehicles recommends these actions to aid the officer conducting the traffic break: