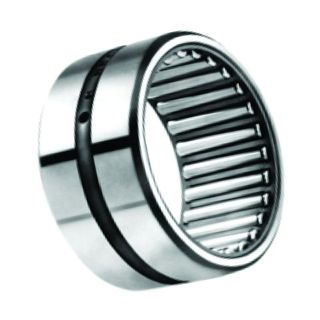 Robert Crawford, corporate risk manager for Roller Bearing Co. of America Inc., better known as RBC Bearings, remembers what prompted him to change leasing companies when he assumed the company's fleet duties some eight years ago.

"Under our last lease program, cars stayed in fleet until someone complained," says Crawford, regarding some sales fleet cars that had 150,000 miles and were in need of major repairs. "I said, 'This is nuts.'"

"It's great that the car gets depreciated down to zero, but what kind of an image are you portraying?" he asks. "Taking someone out to lunch in a junker is a bad idea."

Some of the cars were so beat up they were taking as much as a $6,000 hit in residual value when it was time to turn them in. To Crawford's disappointment, his leasing company at the time was not helpful in figuring out a solution. He switched to Farmington, Conn.-based Motorlease Corp., which specializes in small- and midsize-fleet leasing and management.

For RBC, Motorlease structured a modified closed-end lease in which cars are turned in at three years or 60,000 miles, whichever comes first. Motorlease handles registration, tax, title and licensing in all states as well as fleet transfers and maintenance.

Save for routine oil and filter changes, maintenance expense is all but eliminated. Moreover, the new leases cut $40,000 in lease expenses. And Crawford says his lease includes primary liability for less than what he could do himself.

Headquartered in Oxford, Conn., the RBC fleet is divided among 25 facilities across the United States as well as international locations. The fleet consists of 57 vehicles, including 45 sales cars that service different regions in the U.S., a pool vehicle at headquarters as well as pickup trucks, vans and a 22-foot straight truck that supports the factories.

For the field sales cars, Crawford runs primarily Toyota Camrys and Honda Accords along with a few Ford Fusions, Tauruses and high-end SUVs for executives. Though Honda does not offer a fleet rebate on the Accord, Crawford says its high residual value keeps lease costs in line with the other models, and his drivers love the car.

Crawford leased one hybrid, but, in his case, the fuel savings didn't overcome the premium. Instead, Crawford is realizing better fuel economy by moving from six to four cylinders. After some initial resistance about a perceived lack of power, his drivers are on board. "With the new six-speed transmissions, we're getting great performance," he says.

Because the fleet is so spread out, it presents unique challenges for fleet management.

RBC uses an American Express card program for fleet and travel expenses, such as fuel purchases, rental car and airfare.

Crawford correlates job performance to how well drivers maintain their cars. "Our drivers understand it's a tool of their trade and a condition of their employment," says Crawford, who will ask to see a salesperson's car when he's out in the field. "The condition of the car is expected to be pristine."

With this tight control, Crawford's fleet has never gotten hit with a wear-and-tear charge in eight years and only incurred a cleaning charge once.

He also correlates job performance with driving records. Crawford conducts motor vehicle record checks through Motorlease at the time of hire and once a year thereafter. If a potential employee's MVR comes back with a problem, Crawford will use it as grounds for not hiring or even termination.

"A bad MVR means someone is not accepting responsibility for being on the road," Crawford says. "If you're a lousy driver, you're a bad salesman. It's like being an electrician who doesn't have regard for proper grounding. You're in the wrong business."

With the right lease partner, the proper lease structure and driver controls, Crawford has few worries these days. And that works well, as he not only handles fleet but everything from worker's comp, property/casualty insurance programs, benefits, union contract negotiations, long-term customer contracts and real estate.

"I'm providing the guys with good vehicles. I have good drivers, a good loss history and a good quality fleet," he says. Besides, "I have other things that need to be taken care of."