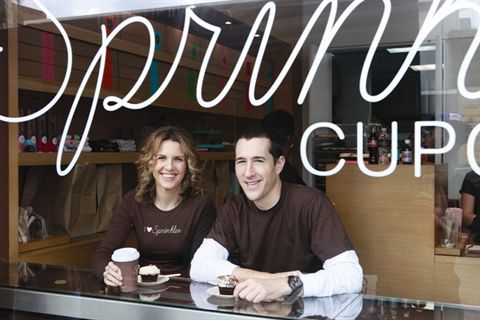 "We wanted to be the Louis Vuitton of cupcakes," says Charles Nelson of Sprinkles, "the world's first cupcake-only bakery" that he and wife Candace founded in 2005.

With this prime directive, the co-owners commissioned Austrian modernist architect Andrea Lenardin Madden to create the company's upscale look and feel. It's apparent in everything from Sprinkles' Beverly Hills, Calif., storefront and retail displays to the Web site, mix packaging and even the cupcakes themselves. The elements are tied together with the Sprinkles' "modern dot" logo used to identify cupcake flavors.

But this design direction was lacking in their mobile operation, which predated the flourishing food truck phenomenon. Their traveling enterprise started at the movie studios, and setting up shop in their plain white vans and generic folding tables wasn't cutting it, image-wise.

"We said, 'Wouldn't it be great if we had something that felt like Sprinkles, but you pulled in, opened up and you were ready to go?'" Nelson recalls.

They chose the Mercedes Sprinter for the job. "We consider ourselves a high-end boutique," Nelson says. "The Mercedes brand is important to us."

The Nelsons took Lenardin Madden's designs to West Coast Customs, the custom car shop behind MTV's "Pimp My Ride." The conversion achieved a mobile expression of the Sprinkles' design style, right down to the dot logo on its wheel covers. "We wanted to bring all of the Sprinkles elements into a mobile vehicle and the Sprinter was really the only solution," Nelson says. 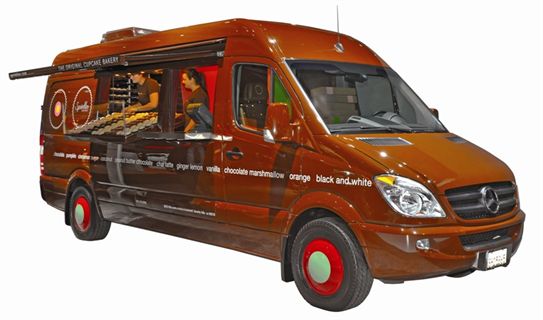 A Room on Wheels

In addition to its signature design, the Sprinter was converted to operate as a high-volume store. Powered by a 2,800-watt electric generator and cooled by a rear air-conditioning unit, the "Sprinklesmobile" was outfitted with a pivoting, height-adjustable serving counter, power-retractable awning and a mobile point-of-sale system. Similar to the store, the van's custom racks are angled to keep the cupcakes from melting in the sun.

The customization facilitates easy loading at the bakery and prompt service through the side window. The racks hold up to 1,500 cupcakes, a minor feat considering the store sold 2,000 cupcakes in its first week of business.

The whole operation flips in and tucks away neatly for travel, leaving a flush side van panel. "When you see us driving down the road, you have no idea what it becomes when it opens up," Nelson says.

The need to move so many cupcakes made proper ergonomic design essential. The company's old vans didn't allow Nelson's workers to stand up, a situation aggravated when transferring heavy items. With its step-in height, low load floor and wide rear-door opening, the Sprinter provided a great base to work with. "It's a room on wheels," he says.[PAGEBREAK]

The Nelsons originally bought the Sprinter under the Dodge marque and had it serviced at a Dodge dealership. They switched to a Mercedes dealership when the brand transferred back to Mercedes in 2009, which hasn't been a problem for Sprinkles.

In fact, consolidating sales and service of the Sprinter once again under Mercedes has solved a "disconnect" when it comes to questions on options and conversions. "There's now a more direct line to an answer," Nelson says.

The Sprinklesmobile averages 20,000 to 25,000 miles per year and 22 mpg. Badging aside, Nelson has been satisfied with the truck's engineering from the get-go. "It takes three services on my [other] vans before I have to service my Sprinter," he says. "It's been an amazing workhorse for what we do." 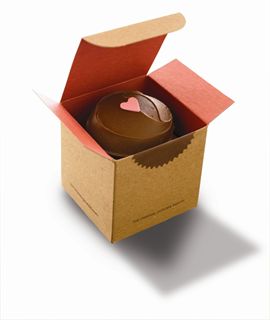 Sprinkles is growing, and the Nelsons are in the process of converting the rest of Sprinkles' fleet to Sprinters to service recently added stores in Chicago, Houston and Dallas. On the heels of a month-long road trip to Chicago in 2010 with the original Sprinklesmobile, Nelson plans more trips for new openings in other areas of the country. Foreign expansion is planned as well.

Marrying the distinct Sprinkles design with the tall, blank canvas of the Sprinter has made the Sprinklesmobile the perfect brand ambassador. "It's gotten a lot of notoriety in every market we've been in," Nelson says. "We've realized [the return on investment] probably in the first year, just in the marketing value."