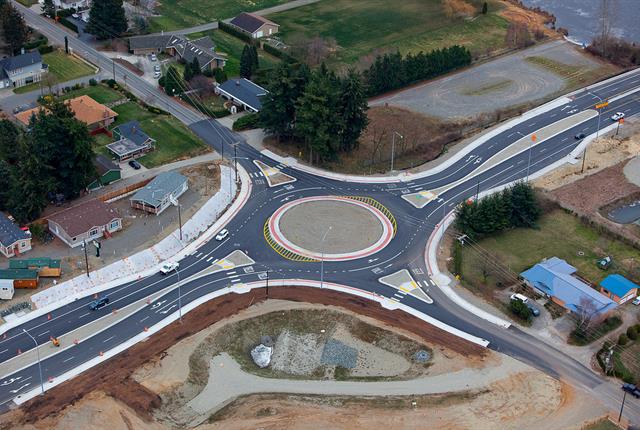 VIDEO: What's the Deal With Roundabouts?

When traffic studies identify a problem intersection — one fraught with crashes and congestion — transportation officials typically have limited options to improve the situation. But a growing number of municipalities are deciding to replace some of their most troublesome traditional intersections with roundabouts.

But roundabouts can be a little confusing for drivers unaccustomed to them.

Here are five things you should remember when driving through a roundabout, according to the Washington Department of Transportation:

To view a video on the subject, click on the photo or link below the headline.