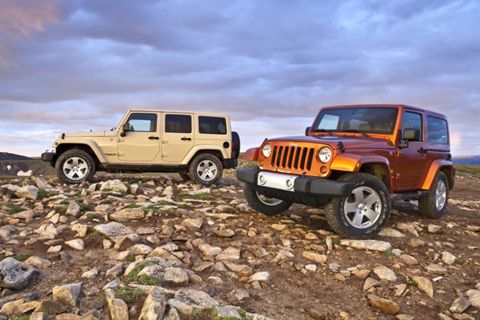 Chrysler Group LLC released images today of the new 2011 Jeep Wrangler and Wrangler Unlimited, which features an all-new interior and an all-new body-color hard top for the popular Sahara model.

"While retaining unmatched, legendary capability, the 2011 Jeep Wrangler boasts an all-new interior that delivers a host of comfort, convenience and versatility features. In addition, Sahara models now feature a stunning, all-new body-color hard top, for customers looking for a Jeep Wrangler with a more premium appearance," said Mike Manley, president and CEO of the Jeep Brand. 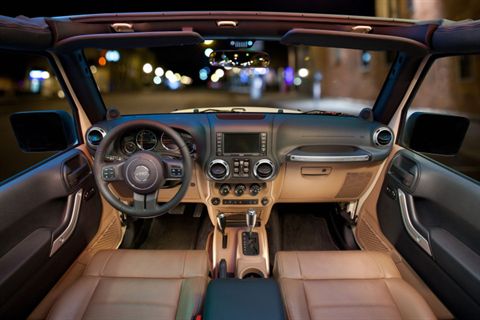 All-new steering-wheel controls allow the driver to operate the radio, cruise control, hands-free phone and other vehicle functions while keeping hands on the wheel. A new USB device interface connects to storage devices (thumb drives and most MP3 players) for use with the vehicle's media center, which now includes streaming Bluetooth audio. Twelve-volt accessory outlets have been added and a new 110-volt outlet is available to provide power similar to AC outlets in the home.

In line with traditional Jeep design, hex-head bolts are utilized throughout the interior, and are used to mount a "Jeep, Since 1941" inlay onto the new passenger grab handle.

Production of the new 2011 Jeep Wrangler and Wrangler Unlimited began earlier this week at the Toledo Assembly Complex in Toledo, Ohio.