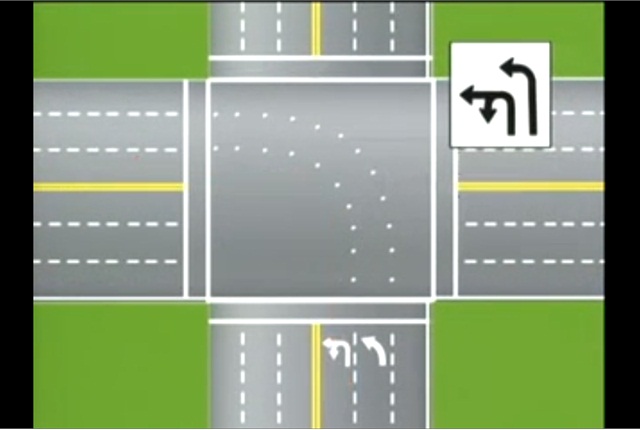 Unfortunately, drivers are sometimes confused when trying to determine their proper turn path on an approach with more than one left-turn lane. Sometimes poor signage or street markings are partially to blame for this confusion.

Drivers also occasionally veer out of their own turn lane because of simple carelessness; they fail to recognize, or forget, the intersection has more than one left-turn lane.

Not surprisingly, the most common type of crash in these lanes is a sideswipe between vehicles that are both turning left in adjacent lanes. That’s why it’s important for fleet drivers to approach such left turns with a measure of caution, keeping an eye on vehicles turning in adjacent lanes and keeping their own vehicle on the proper path.

Here’s a video, produced by the California DMV, which illustrates the risks involved at double left-turn lanes. To watch the video, click on the photo or link above.

You may want to pass this defensive driving tip along to fleet drivers as a friendly reminder.