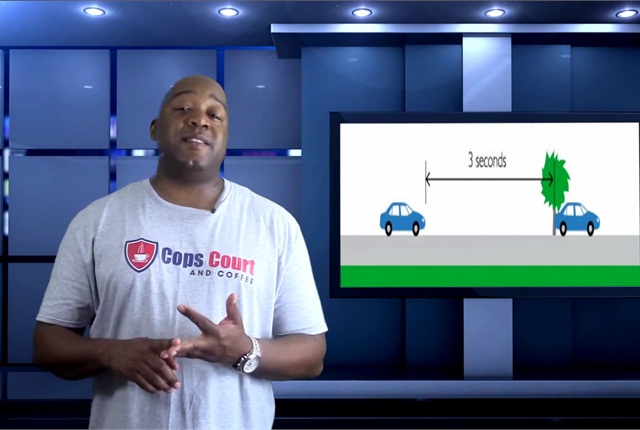 Thirty percent of all crashes involve rear-end collisions, according to AAA, and that’s largely because many drivers fail to maintain a safe following distance from the vehicle ahead.

Also, keep in mind that the heavier the vehicle, the longer it will take to come to a full stop.

Here are AAA’s steps to follow the three-second rule:

To view a video explaining the three-second rule, click on the photo or link below the headline.