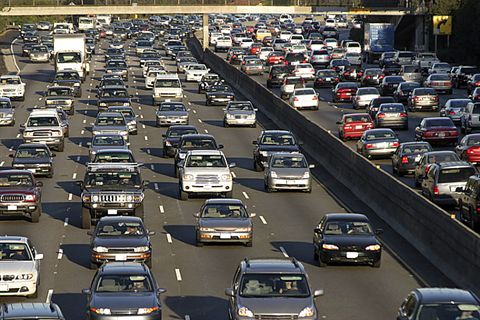 As CEO, bookkeeper, accountant, chief cook and bottlewasher and - Oh, yeah - small fleet operator, you have enough on your business plate. Choosing the right lease for your fleet vehicles shouldn't add to your concerns.

For this reason, many small fleet operators find the simplicity of a closed-end commercial lease appealing. You make a uniform payment for a set term and, providing you're under the mileage cap and the vehicle is in good shape, you drop it back off at the dealer and walk away.

The other type of commercial lease is called an open-end lease. On the face of it, this one is a bit more complicated, as the lessee is on the hook for any unexpected difference in the vehicle's residual value at end of term. Are you willing to risk having to write a check to your lessor when you return the vehicle?

Many small fleet operators are. In return, they enjoy the flexibility, absence of lease restrictions and greater lessee control afforded by an open-end lease.

If you need to know exactly what you'll owe on a lease from beginning to end, the closed-end lease is the more appropriate solution for you. If the used-car market tumbles, you have the peace of mind that you're protected.

However, "For the leasing company to assume the risk of the residual, there has to be a cost," says C.J. Sutton, vice president of Sutton Leasing, a national fleet leasing company based in Warren, Mich. The company writes both types of leases, but most of Sutton's clients are on open-end leases.

The leasing company needs to protect itself in the event the vehicle is worth less than anticipated. The lessor will build this exposure into the monthly rate but, should a good used-car market boost your fleet vehicles' values, you're not going to get a check for the difference.

"You're automatically assuming the cost of that [residual value] risk even when used-car values are going up, as they have recently," Sutton says. On the flip side, "The open-end lease will give you the ability to capitalize on a good used-car market when you're done with the units," he adds.

Sutton points out that the values for used trucks have improved considerably from two years ago, when the fuel crunch was in full effect.

When an open-end lease reaches end of term, the leasing company will sell the vehicle for you and the proceeds will be applied to the termination balance. If the lessee is not comfortable with the expected sale price, the lessee has the right to sell it himself for a better return.

"It happens a lot," says Jeff Barron, president of San Francisco-based Ellis Brooks Leasing, a company that primarily writes open-end leases. "[The lessee] sells it to a driver, employee or a neighbor."

There is nothing stopping you from asking your lessor to write an open- or closed-end lease for any type of vehicle or situation, though each lease type has a better "fit" for certain usage patterns.

Sedans with set routes and predictable wear and tear are fine candidates for closed-end leasing, says Barron, as are executive vehicles used primarily for commuting. Lessees may even be able to take advantage of manufacturers' subvented lease programs in these situations - if they have the discipline to stay under the low mileage cap.

But for vehicles running high miles and getting heavy wear in unpredictable industries, open-end leases are often the preferred choice. Vans and pickup trucks, especially those used in construction and contracting, fall into this category. These vehicles tend to accrue high mileage under heavy duress, increasing the chances for fluctuation from a set mileage cap and the possibility of damage.

However, the construction industry is extremely susceptible to economic volatility: "One year you're slammed, the next two years, you're not," says Justin Harmon, general manager at Caldwell Leasing, an independent commercial leasing company based in Ohio. Caldwell writes 80 percent closed-end leases and 20 percent open.

Whatever the lease type, excessive wear and tear or damage will cost you. All things being equal, the amount you pay for damages should be a wash. However, the type of lease determines how those costs are approached.

With a closed-end lease, the lessor assigns a dollar figure to the damage amount based on the cost of the repair. "It can become a very contentious situation having to judge what a scratch or dent is worth," Barron says. This is especially true if the lessee repairs a vehicle with substandard body work, Barron warns.

"I once had to chase down a client's insurance company to redo body work to the tune of $1,800 because you could see foggy paint and rippled sand marks," he says. "I told the client I'd go after the insurance company and, if I didn't get a response, I'd be forced to come after them."

In an open-end lease situation, there are no damage estimates; the drop in value is decided in the auction lane, and the lessor and lessee are objective observers. This is an impetus for lessees to have bodywork and repairs done properly, as it more directly affects their wallets, Barron says.

When deciding the mileage cap on a closed-end lease, some lessees hope for their best-case scenario to fall into place and underestimate their anticipated mileage.

"Understandably so, the small business operator thinks the [low monthly] payment sure looks good on a closed-end lease," says Barron. "They'll worry about the miles and condition in three years."

But driving routes often change, sometimes without notice to the person at the company in charge of leasing. In good times, routes can expand rapidly and push mileage into costly overages a lot sooner than expected.

Barron recalls a client whose business kept growing. "We were chasing that [mileage] bogie," says Barron. "We used to write three years and 60,000 miles, then three years and 90,000. Every time one of their vans came back, they'd have even more miles as their reach kept growing."

In economic downturns, drivers and routes can get cut and consolidated. That often leaves vehicles well under the mileage cap.

"We very rarely will issue them money back on a closed-end lease if the vehicle comes back with fewer miles," says Harmon, noting that the lessor is assuming the vehicle's risk. "But we will acknowledge it and sharpen our pencil a little more for the next lease."

Similar to assuming residual value risk, a slight cushion is built into the cents-per-mile charge. You'll pay more in mileage penalties than you would lose at auction, these lessors say.

This is not a factor in an open-end lease situation. Again, the market decides the vehicle's worth with unusually high or low miles - and it's your loss or gain.

Ultimately, a good commercial fleet leasing and management company should be flexible enough - no matter what type of lease - to accommodate changes in your business.

As customer satisfaction and retention is paramount, the closed-end lessor should want to work with you to arrive at an equitable solution.

"We're flexible on penalties," says Harmon. "We don't charge them unless someone drops off a car that's nowhere close to the residual. Even at that, we're willing to work with them if they work with us."

The lessor will, of course, have to pass on the cost of absorbing the vehicle's drop in value at auction.

Good clients may be allowed to pay any deficiencies spread over a few months to ease the cash outlay. Another option is to extend the lease. "If the client is over on miles and wants to keep the car in service, we might be able to offer a new contract that takes the current termination balance and pays it down to a residual amount that covers the reduced value," Barron says.

It's important to keep your leasing company apprised of changes to prevent surprises and allow you both to strategize midstream. "We renegotiate mileage caps on closed-end leases all the time," Harmon says.[PAGEBREAK]Sidebar: Closed-End Lease VS. Open-End Lease

A closed-end lease has a fixed rate and term. Most are between 12 and 48 months, although longer terms are possible.

In an open-end TRAC (Terminal Rental Adjustment Clause) lease, the term also is written for a set number of months; however, after a set minimum term, often 12 months, the lease can often be terminated at any time without penalty. The lessee can work with the lessor to set the depreciation rate of the lease.

There are no excess mileage or wear-and-tear charges in an open-end lease. However, the lessee assumes the depreciation risk. An open-end lease provides for an adjustment (either an additional payment from the lessee to the lessor, or a refund to the lessee from the lessor) based on the difference between the termination balance (residual value) of the leased vehicle and its actual value at the time of lease termination.

Fischer's fleet had been on closed-end leases with a different leasing company. Not having to worry about mileage penalties was one reason for the switch. Nor did she want to write a check for wear and tear. "It's a little subjective on closed-end, trying to understand how much a dent will cost you," she says.

Fischer is comfortable with the open resale market. "I know what the residual will be; it's printed in the contract," says Fischer. "There is a risk as to what the vehicle will be actually worth at auction, but I know my obligation."

PHS/SPCA purchases many vehicles at the end of their leases. On a closed-end lease, that end-of-term value is controlled by the lessor. This made ascertaining the purchase price from her lessor a little vague, especially factoring in miles and dents and the highly specific upfits of some of the trucks.

On the open-end leases, "It's all out on the table," she says.

Fischer had her personal vehicle, an SUV, on an open-end lease. The lease was written when SUV values were suffering due to high fuel prices. Then the market rebounded.