Six months ago, the automotive world was tipped on its head. In a market already tight in supply, the industry had to process the aftereffects of the Japan earthquake and tsunami. Used cars were selling for near-new car prices as the Manheim Used Vehicle Value Index hit historical peaks month after month.

With such extraordinary events, it wasn’t easy to see the forest through the trees. And now there’s flooding in Thailand — but we’ll have to wait to fully process that one.

In a market reset, where are we since we last sat down on the subject? New car sales should hit 12.6 to 12.7 million units by year end. That’ll be about a million units more than 2010, a 10 percent improvement. That seems remarkable, especially in light of the spring supply disruptions, until you realize that the 2010 numbers were abysmal as we were still crawling out of the muck of the recession.

This year’s increase is on the back of retail sales, as cumulative fleet sales (commercial, rental, government) through September are up only 1.7 percent. Why? A few reasons, in talking to car dealers and fleet buyers and sellers: municipalities don’t have the budgets; companies aren’t adding to their sales forces; the construction industry is limping along; and rental fleets are comfortable with longer hold times. And — this is a good thing — cars are being built better than ever.

It should also be noted that in 2010 fleets went on a buying spree coming out of the recession (total fleet sales up 22 percent over 2009) to replace ragged fleet, and comps couldn’t stay at that accelerated pace this year. While last year was more of a fleet market, this year’s emphasis is on retail.

The used car market had no choice but to come down off its late spring/early summer historic highs, and it did. Ricky Beggs, vice president and managing editor of Black Book, says values started dropping early this year, starting in the end of June.

“It was just the fact that prices have gotten so high, there had to be an adjustment,” he says. But there is no bubble bursting. We are still in the midst of the usual fall value deflation, but don’t worry, the bottom isn’t going to drop out the cars you’ll be selling.

Tom Kontos of Adesa reports some added downward pressure on used vehicle values during this fall’s defleeting period mostly as a result of the additional 283,644 units sold into rental fleets in 2010 versus 2009 coming into the wholesale market.

But this is mitigated, again, by lack of supply. The cars that weren’t bought in 2009 and 2010 aren’t turning into used cars, nor are the lease originations that didn’t happen during the OEM bankruptcies. [PAGEBREAK]

On the new vehicle front, “Inventories are tight and will remain that way for a long time,” says Nicoletti and other dealers. “It’s really difficult to find vehicles out of stock.”

With a still-shaky economy there are no indications that manufacturers are going to crank up production, and it’s working in their favor on new car pricing. Gone are the days when rental fleets can gobble up excess supply for a pittance. In fact, some rental fleet buyers are complaining that prices for one mainstream sedan this year are $2,000 more than last year’s prices. Love it or leave it.

At least you’ll make some of it up on the back end in the form of higher residual values — but just not like it was in the crazy second quarter of 2011. Helping this is the fact that incentives are in check and are more precisely managed. There is no longer need for widespread rebates to move metal; instead, manufacturers are working through lease subventions, easing financing rates on specific models and trim levels and even going about it regionally.

These days of tight inventory are driving some interesting new trends. Dealers’ traditional 200-mile procurement zone has disintegrated; they’re shipping inventory via rail from all over the country and quicker than ever. Dealers are posting used cars on multiple sites — from eBay Motors to the manufacturers’ auction sites — and buying dealers scour those online listings to find the car the customer wants. “It’s almost like they’re ‘ordering used cars,’” says Beggs.

Moving forward? Kontos sees continued moderate declines in wholesale values but on following usual seasonal patterns. Beggs doesn’t expect pump prices to drop substantially or get much above a national average of $3.75-$3.85, which won’t skew the market one way or another as it has in the past. As was predicted even before the tsunami crisis, 2012 will be a tight year for supply especially in the wholesale market.

Barring unforeseen events, industry consensus says that 2013 will be a return to “normalcy,” as leases originated post-recession return to the market.

Beggs thinks that in 2013 we’ll hit north of 15 million in new vehicle sales again. (Beggs points out that the inflated sales numbers in middle years of the last decade were driven largely by the fact that consumers were using home equity loans to purchase new vehicles. Removing that number of “fluff financed” cars — about 1.7 million — brings us down to 15 million.)

Even at those numbers, Beggs doesn’t believe it will detrimentally impact the used car market. “It will create a more realistic used car market,” he says. “Not a soft used car market, but a realistic market.” Kontos agrees, saying that “2013 will be only a gradual recovery from prior declines.”

Dealing with high values and tight supply, if 2012 can be characterized by one thing — stability — we should consider ourselves lucky.

Recognizing the Other Essential Drivers 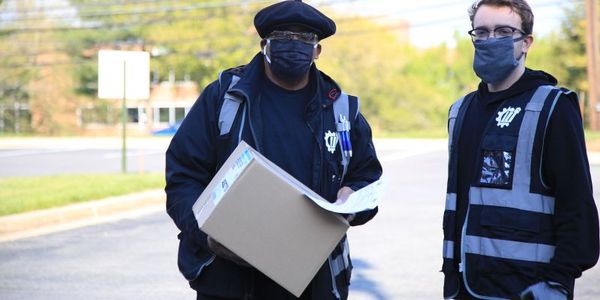 Vocational and business fleet drivers don’t get the attention that truckers do. Yet they too are on the front lines, and their jobs often bring them into uncontrolled environments every day.

What I Want from an Electric Pickup

If an automaker can make an electric truck like the one I’m laying out here, I’m all in.

Amazon placed an order for a cargo van that doesn’t exist yet; you can now call your Tesla across the parking lot, and gas stations are becoming the filling stations of (back to) the future. Just another week in this new world of transportation.

In this new era of vehicles taking over human tasks, fleet operators need to adjust driver education, training, and policies to maximize the effectiveness of advanced driver assistance systems.

Yes, an all-electric pickup can tow 1.25 million pounds, but to deliver one with verifiable specs, at scale, and at a reasonable price point is a different equation entirely.

Fleet Managers: Do You Know How to Turn a Wrench? Does it Matter?

As we enter a new era that puts an increasing importance of the value of data and our ability to interpret it, some in fleet are asking if we’re losing sight of some basic skills to do the job.

The Rising Importance of Fleet Managers

A massive new market for fleet management will be created that doesn’t exist yet. Are you ready?

The Future is Electric, But…

With an increasing emphasis on emissions reductions mandates, will fleet operators get caught between clean technologies on their way out and an electric future that hasn’t yet arrived?

From giant leaps in torque and towing to heavy duty truck personalization and chassis cab styling, these trends emerged from this year’s Work Truck Show in Indianapolis.

They’re Coming for Your Diesel

In Southern California and other parts of the world, regulators are coalescing to ban, or severely curtail, diesel vehicles. There’s a growing disconnect with the mandates to green the environment and the availability of products and technologies to get us there.

Who Is Winning the Race to Autonomy?

“Disengagement reports” reveal how many times a human driver had to take control of a driverless car in testing in California. A few well-publicized autonomous players lagged far behind.

An industry is forming, and it needs help with fleet. In the meantime, the fleet industry should know that these new businesses are navigating extraordinary circumstances, which is forcing them to be better fleet operators pretty darn quick.

Takeaways from the Fleet Forward Conference

Most attendees — from established fleets and vendors to new players that were only formed five years ago — didn’t know anyone. But that’s exactly the point.