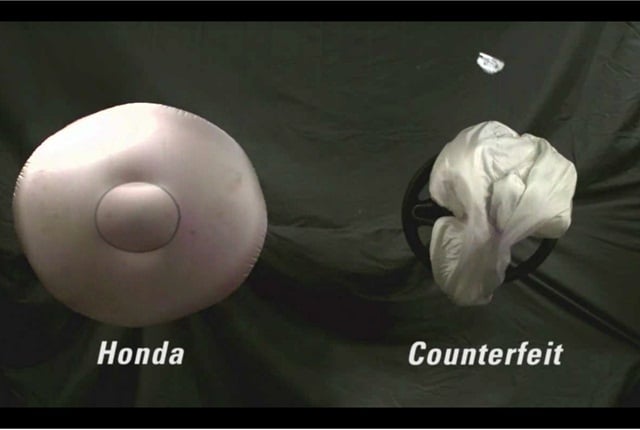 New Jersey state legislators are considering a bill that would prohibit the manufacture, sale or installation of counterfeit or non-functioning air bags in motor vehicles.

The legislation would classify the violation as a fourth-degree crime punishable by a prison sentence of up to 18 months, a fine up to $10,000 or both. Violations would also be subject to cease-and-desist orders issued by the Attorney General and to penalties outlined in the Consumer Fraud Act.

The proposed ban on fake airbags has drawn strong support from both Honda and the Coalition Against Insurance Fraud.

In the New Jersey Senate, Peter J. Barnes III (D-Edison) has sponsored a companion bill, which was referred to the Senate Law and Public Safety Committee.

To view a Honda-produced video about safety risks associated with counterfeit air bags, click on the photo or link above.