If you are one of the 500,000 people who plopped down a deposit on a new Tesla Model 3, you can take great solace in the fact that Tesla is now able to produce almost 200 of them a month. If you are toward the bottom of the list, you should be able to pick up your car sometime around the year 2223. Of course you’ll really need it then because China, France, and the Republic of California will have long since banned the use of internal combustion engines.

It turns out that taxing fuel, heaping incentives on electric vehicles, and carbon shaming isn’t enough. The thought is that nothing short of a total ban and a possible fine or prison sentence is necessary to inspire the populace to embrace the new electric future. Don’t get me wrong, I’m a big fan of electric vehicles. But I’m also a big fan of innovation, game changing technology, and competition. I miss the good old early 21st century days where the OEMs were throwing everything against the wall in the race to improve vehicle efficiency. Remember natural gas? Remember biodiesel?  Remember propane?  Remember hydrogen? Not to mention the massive improvements we have seen in traditional internal combustion engines. We have full-size pick-ups that get 25 MPG. We have cars that can do over 50 MPG without breaking a sweat. We even have class 8 trucks that can get north of 13 MPG with low sulfer diesel.

It seems that somewhere along the line the arms race to develop the next chapter in our transportation evolution ended. The fleet industry didn’t get a vote. The retail buying public didn’t get a vote. And 49 out of the 50 states in our great union didn’t really get a vote. But we’re apparently all getting on the electric train now. And the costs are going to be staggering. Batteries may get marginally cheaper with mass production but the raw materials are very expensive and they won’t get cheaper with scale.

Current estimates show that over 90% of the cost of batteries is tied up in raw materials and manufacturing costs. The most optimistic scientists think we can shave a little off of that over the next few years but the best case scenario still looks brutally expensive when weighed against any current powertrain technologies. Not to mention, those juicy $7,500-a-vehicle tax credits are about to run out and that is going to make more than a little difference when you plug the numbers into your favorite life cycle cost calculator.

The relentless drive for efficiency and reduced carbon emissions was always going to have some casualties. But it would have been nice to see everyone put a little more effort into developing some alternatives. We’re not where we need to be with battery technology and the whole herd seems to be betting that a magical new solution will appear in time to save us all. I sure hope they are right. And on a positive note, at least we’re not talking about ethanol anymore.

If you disagree, let me know.

Sherb Brown is the president of Bobit Business Media. Sherb has covered the auto industry for more than 20 years in various positions with the world's largest fleet publisher.

Sherb Brown is the president of Bobit Business Media. Sherb has covered the auto industry for more than 20 years in various positions with the world's largest fleet publisher.

Wrapping Up Another Year

Thanks to the strong economy that the U.S. is enjoying, U.S. commercial companies have been able to invest more money into their fleets, and strong fleet sales are a reflection of that.

Fuel economy has been and will be the guiding force for change for the manufacturers as well as for our politicians for the near future.

By the end of next year, there are supposed to be over 50 types of plug-in electric vehicles for sale in the U.S. At some point in the recent past, it appears that everyone decided the time is now for electric vehicles.

No Pain, No Gain

Fortunately, underneath the endless piles of fleet paperwork and daily roadblocks that can make fleet a struggle often lays passion for the industry.

If you are feeling a little overwhelmed by the latest fleet technology, the fire hose of data your vehicles are generating, or by senior management questions about the latest headlines regarding autonomous, electric, or fuel cell vehicles, rest assured you aren’t alone.

Getting Lost in the Electric Shuffle 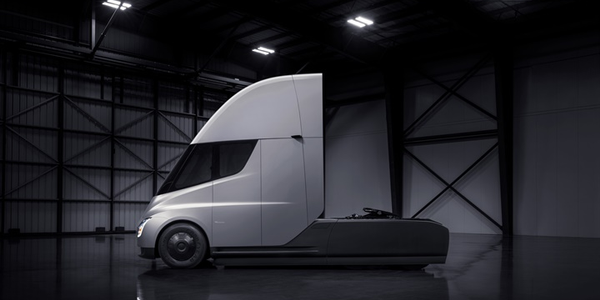 While all-electric trucks have their clear benefits, they still have some hurdles. Conventional trucks will continue to play a major role in fleet, regardless of the latest craze, and shouldn’t be ignored.

Change is coming fast and furious to the fleet market. Staying on top of all the new trends and technology is a full time job for most fleet managers.

We’re about to launch the most audacious stage for the company yet as the Bobit family has decided to sell the family business to Westport, Conn.-based Gemspring Capital.

The Leaders and Best

This year's Fleet Manager of the Year award presentation gave us a chance to honor some of the truly incredible people in our industry.

It doesn't matter if you are running a pharma fleet, a public sector fleet, a Class 8 tractor fleet, or a fleet of golf carts. Our analytics show that everyone is driven to find the latest information on how to keep their drivers, customers, and company safe.

Driving is a dangerous activity, and fleet managers have to work hard to protect their drivers' safety. Though the number of fatal accidents has decreased meaningfully from 2005, when features like backup cameras were released, death rates have been climbing again recently with the increase of distracted driving.

The Fleet One Percenters

It’s a difficult thing to realize you need to make big changes in the way you do business. We all struggle with that in today’s climate.

There is just no better opportunity to network, to learn, and to mingle with the best and the brightest than an in-person fleet event.

Adapting to a Changing Tide

Fleets are often the beta testers of the vehicle market. That shift away from compact sedans we saw in the fleet market a few years ago is playing out in real time in the retail market right now.

If you don’t stay on top of the latest developments in mobility, battery technology, autonomous vehicles, and telematics, you are subjecting yourself to the whims of senior management who may be making decisions based on the latest trendy news.